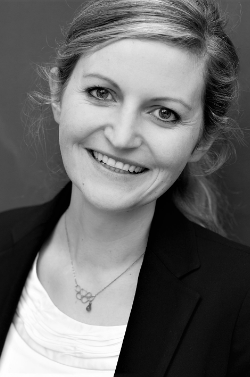 Wiebke Hohberger is currently in the final stage of her PhD at Hamburg University in European and Turkish history. In her doctoral thesis she analyses Turkey’s role in the Council of Europe in terms of social constructions of European identity. Besides her academic focus on past and present Turkish-European/German relations, she is particularly interested in current issues of integration policies as well as forms of political Islam. Wiebke Hohberger is a fellow of the Turkey Europe Future Forum of Stiftung Mercator – a program promoting the interaction among young (potential) leaders from Germany, Turkey and other European countries to exchange ideas on Europe’s future. In the last eight years, she has also been involved in several voluntary projects supporting refugees and migrants in Germany.

Hohberger holds an MA in Contemporary History, Political Science and Islamic Science from the University of Münster and also studied International Relations at Marmara University, Istanbul. As a Mercator-IPC Fellow, she will focus on Turkey’s civil society and its effects on the social integration of Syrian refugees.

Turkey currently hosts approximately three million Syrians. It is to be expected that a high number of these “guests under temporary protection” will turn into long-term citizens. Therefore, national and international actors are increasingly making efforts to support their integration into Turkish society, especially in the field of education. Although representing only some 3% of the total number of university-aged Syrians in Turkey, the number of Syrian students at Turkish universities has reached almost 15,000.

This research project examines the current situation of Syrians in the field of higher education. Research questions thereby concern the conditions of enrollment, opportunities for financial support in the form of scholarships, language support, and special orientation programs on campus. Conversational interviews with Syrian students conducted at Turkish universities additionally reveal Syrian students’ perspective on the different efforts made in the field of higher education so far. Their feedback as well as their remarks on their needs, not least, enables the development of policy recommendations to both universities and external state and non-state actors. 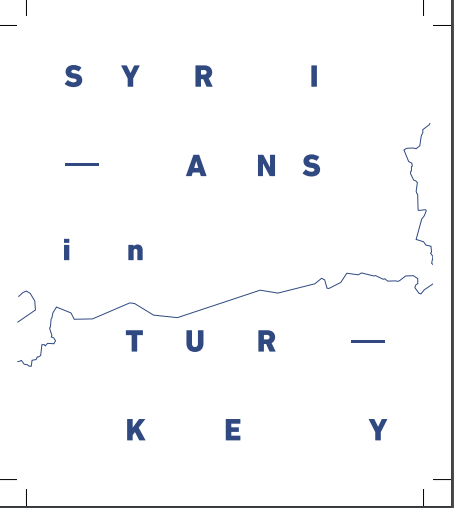 Developing models for integrating refugees into society is one of the subtopics under the EU/German-Turkish relations cluster of the Mercator-IPC Fellowship Program. To this end, the “Syrians in Turkey” booklet presents a snapshot of the current situation of Syrians in Turkey and the policy responses that have been implemented since the start of their arrival. The contributing Mercator-IPC Fellows, bring the issue into focus through six policy areas: healthcare, education, labor, gender-based aspects, civil society, and social cohesion. 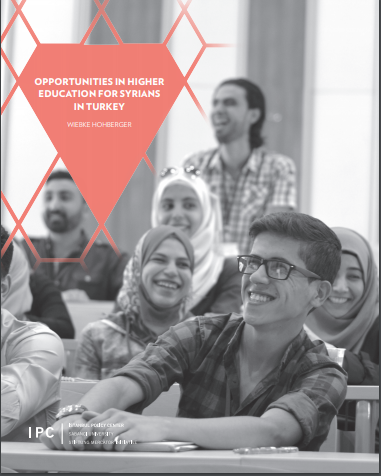 Opportunities in Higher Education for Syrians in Turkey

2016/17 Mercator-IPC Fellow Wiebke Hohberger’s report Opportunities in Higher Education for Syrians in Turkey: The Perspective of Syrian University Students on the Educational Conditions, Needs and Possible Solutions for Improvement  was published in March 2018.

Magdalena Kirchner | Rising to the Occasion? Turkey and Germany in Transatlantic Crisis Management

Sarah Louise Nash | The Politics of the Climate Change and Migration Nexus: Taking the UNFCCC Task Force to Task

Emre Üçkardeşler | A Framework for Long-term Education and Integration Strategies 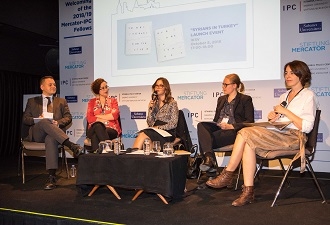 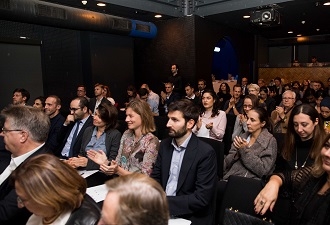 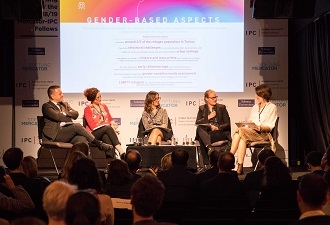 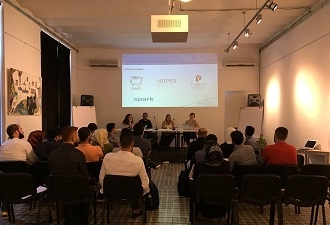 The Welcoming of the 2016/17 Mercator-IPC Fellows was held on October 10 at the Seed, Sakıp Sabancı Museum. The extension of the Istanbul Policy Center-Sabancı University-Stiftung Mercator Initiative until 2021 was also announced during the event.

The event began with the welcoming remarks by IPC Director Fuat Keyman and followed by remarks from the Chairman of the Advisory Board at Stiftung Mercator, Rüdiger Frohn. An alumni movie, which exhibited former Mercator-IPC Fellows and their projects, was screened after the welcoming remarks. The 2016/17 Mercator-IPC Fellows were introduced to the audience through another movie screening. The movie presented the 2016/17 Mercator-IPC Fellows Kristen Biehl, Wiebke Hohberger, Magdalena Kirchner, Emre Üçkardeşler, Tuğba Ağaçayak, and Sarah Louise Nash and their projects. After the event ended, the distinguished guests enjoyed a meet and greet open buffet dinner. 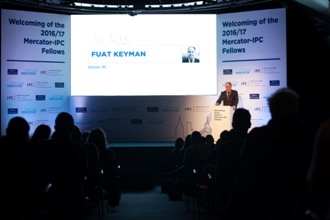